BRIGHTON RUN EXAMINED AHEAD OF LIVERPOOL

Brighton and Hove Albion are one of several teams on a run of consecutive defeats in the Premier League at the moment after losing four games in a row. Other teams such as Leeds United, Norwich City, Watford and Everton are also on a losing run. 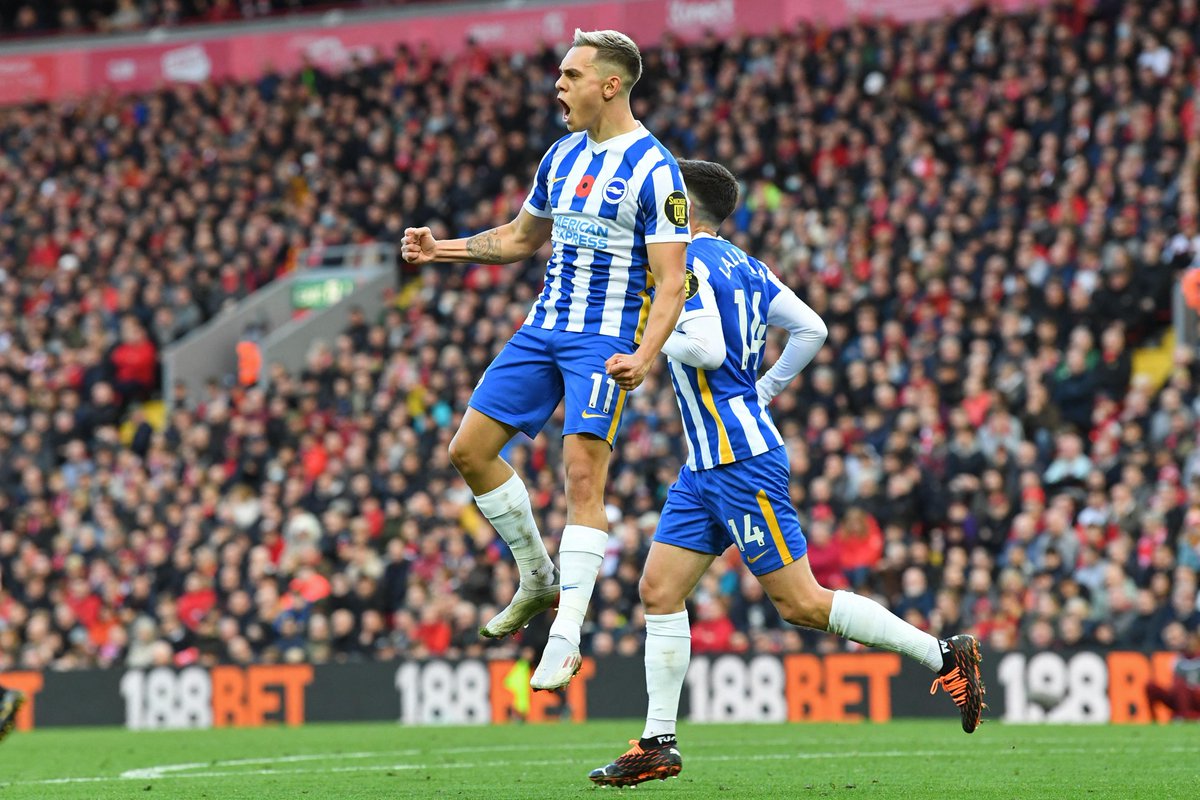 The Graham Potter-led Brighton team had lost just four times in 23 Premier League appearances before the start of their four-match losing run in addition to being in the top half of the table. The run of four straight defeats has seen them drop to 13th spot on the table and they could continue to slide towards the relegation zone if the losing run doesn’t come to an end. They have the opportunity to put a stop to the losing run when they take on Liverpool at home on Saturday. Liverpool come into the game as the form team in the Premier League after winning each of their last seven games to boost their quest to wrestle the title from the hands of rivals Manchester City. A win over Brighton will take Liverpool to within three points of Manchester City having played the same number of games.

The Brighton losing run started with the 2-0 away defeat against Manchester United courtesy the second half goals from Cristiano Ronaldo and Bruno Fernandes. The Seagulls finished the game with ten men following the red card to skipper Lewis Dunk for a professional foul shortly after the opener from Ronaldo.

The Manchester United defeat was followed by the 3-0 home defeat to relegation-threatened Burnleywith new signing WoutWeghorst getting one of the goals for the Clarets. The losing run reached two games against Burnley and it extended to three games with the 2-0 home loss to Aston Villa. The run of defeats reached four with the 2-1 loss at resurgent Newcastle United.