Liverpool manager Jurgen Klopp believes that Philippe Coutinho will win the fans back with his performance and will again fight for his place. 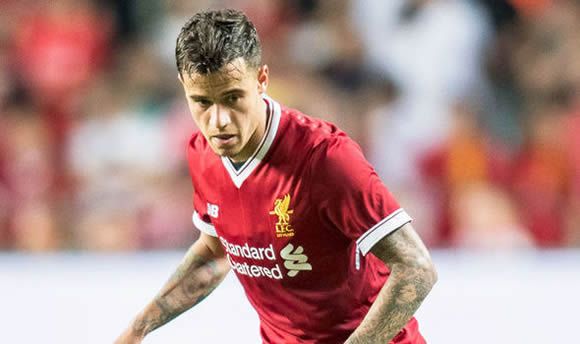 He said that the Brazilian is a fantastic talent and that it will be a waste of talent to leave him on the bench.

Philippe Coutinho made his first appearance for Liverpool this season as a substitute in the match against Sevilla after his failed transfer move to Barcelona. Indeed at some point, it appeared that the Brazilian would not play again for Liverpool and was ready to move to Spain but unfortunately for him, things did not go as plan, and he had to remain at Anfield.

However, Jurgen Klopp believes that Phillipe Coutinho is a professional and that he will play again for Liverpool at least until the end of the season.

He said that the Brazilian forward has been working really hard in training and that he is sure that he will be playing for Liverpool again.

The German manager was speaking after the match that saw Liverpool draw with Sevilla 2-2 at Anfield. Again fans were frustrated after a poor performance by the Liverpool defence. Fans have been pressurizing the club in signing new players at the back during the transfer window, and the only players that the club signed were offensive ones.

Klopp said that he does not think that signing new players will help the team become better at the back. He believes that the players need to learn how to defend collectively and to learn how to dominate play. For him, the less possession the opposition have, the fewer opportunities they will get to score goals against you.

He believes that he has the right squad and that he will be able to challenge for the title with his current team.